I hate black and white political arguments. Societal issues are complex but we treat them simplistically. The good versus evil debates about health care, national financial issues, climate change, personality politics, and team-style politics is frustrating for those wanting sensible discussions and problem solving based on defensible research. I’ll go back to dreaming.

I am skeptical of man-made climate change. I do not confidently assert it is not happening.  Non-human factors that affect climate change might be more significant than human activity. I do not know enough, nor do I have time to learn the complex science required to evaluate the data or the arguments. I’m not going to act like an expert either, supporting or opposing climate change when I don’t know enough to evaluate the evidence intelligently. I wonder how many advocates and deniers really understand the science behind their position?

I am skeptical of sensationalized science. I grew up with magazines and nightly news reports breathlessly warning of the new ice age and catastrophic events that never came to pass. This is not a skepticism of science but of journalistic science. Pop science, whether hard or social science, fills airwaves and magazine racks with headline claims that are prone to exaggeration, over-reach, and sensationalism. Exciting headlines draw readers and viewers in ways more reasonable statements do not. (Great articles worth reading: Psychology Today article on 3 ways the media fouls up science stories and Compund Interest infographic on bad science reporting)

I am skeptical of commercialized science. I support government and private support of scientific research but keep a healthy skepticism realizing it can be manipulated and used as a magnet to draw billions of dollars. Financial support of scientific research is not evil nor does it automatically corrupt; however, prospering individuals and companies discovering knowledge that invalidates their income stream face the ethical dilemma of burying the research to preserve their profits or promoting the research for human knowledge that might cause their revenues to perish. Politics, financial markets, and science can be a beneficial trio or disastrous.

I am skeptical of politicized science. Likewise, political legislation and environmental programs can create unintended consequences that make problems worse instead of better. My kids, in public schools, have submitted more educational projects on recycling than could be counted. However, some studies have shown that certain recycling programs expend more energy than they save. Although some government programs can offer positive benefits for the environment, the ethanol program is another example of good intentions gone awry through politics. I’m not advocating we disengage government from environmental stewardship but the marriage is not always beneficial.

I am skeptical of a scientific and media community that declares an end to debate. The argument “all scientists believe in climate change” is both false and revealing. It is a common tactic of the arrogant and vulnerable to close off all debate with an announcement that the intelligentsia have discovered and declared the unchangeable truth and that only the foolish rabble under the control of wealthy corporate interests would oppose this. Ironically, scientists have decried such opposition to scientific inquiry in the past. Perhaps tyranny is not so bad if you are the tyrant. But there is not unanimity in the climate change scientific community and dissension against the groupthink is apparently enforced with coercion. I find sympathy in the article I linked with this comment by Steve McIntyre:

As a general point, it seems to me that, if climate change is as serious a problem as the climate “community” believes, then it will require large measures that need broadly based commitment from all walks of our society. Most “skeptics” are not acolytes of the Koch brothers, but people who have not thus far been convinced that the problem is as serious as represented or that the prescribed policies (wind, solar especially) provide any form of valid insurance against the risk. These are people that the climate “community” should be trying to persuade.

I am skeptical of proponents who do not practice what they preach. It’s curious that some prominent man-made climate change advocates are hesitant to make the short-term sacrifices they want to demand of others. I read magazine articles vigorously attacking climate change opponents and warning of imminent danger to the planet alongside ads for luxury items, non-electric vehicles, and other articles encouraging trips to far away places that require considerable carbon to reach. Climate change activists with frequent flyer miles and multiple vehicles don’t impress me as truly dedicated to the cause–despite how many carbon credits they buy. I’m not saying they are hypocrites; I am saying that they preach a good sermon but embody the challenges of living consistent with their stated beliefs. I’m not throwing stones. We all embrace the virtues of healthy living but can find a good excuse to skip our workout. (For a fascinating discussion of this, watch Dan Ariely’s TEDx Duke University talk on Self-Control)

I am also skeptical of deniers. Those who strongly oppose any idea of human actions influencing climate change also have political influence, media resources, and financial incentives to support their positions. There are reasons of self-interest that could influence them to bury research and influence policy to protect power or revenue. And for the reasons described above, I can’t evaluate the quality of the scientific research and data interpretation to determine whether the deniers or advocates have the better arguments.

But I Support Sustainable Energy

Skepticism aside, I am a big fan of sustainable energy, technological advancement, and reducing our impact on the environment. Even if research established conclusively, for both sides of the issue, that man-made climate change was not happening, pioneering economical technology that reduced our impact on the environment would still be a good thing. Jeep’s “Tread Lightly” campaign is a reasonable and responsible way to live. As a Boy Scout I was taught 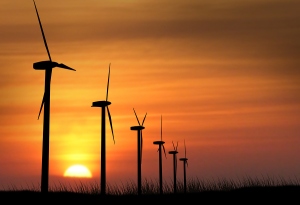 to “leave no trace” after camping. The Bible entrusted humanity to care for the Earth. Whether we believe human actions impact climate change or not, we do know that all actions have consequences. We should make wise choices that maximize benefits for humanity and reduce negative impact.

Elon Musk apparently believes in human-made climate change and invests in technology to decrease the human impact on the environment. While I am skeptical, I do embrace his approach to the issue: design cool energy technologies. Instead of building electric boxes with wheels he designs electric sports cars,nice sedans, and other vehicles at Tesla. In addition, his SolarCity business explores harnessing the sun’s energy. I don’t have to agree with his interpretation of science (though he is a genius) or his politics (don’t know or care where he stands) but I can get excited about his business and technology advances.

What Could Unite Us?

We need to pioneer energy technologies so we have a range of energy options while reducing our overall energy costs, dependence on foreign (sometimes hostile) governments for raw materials, and environmental impact. Reducing the impact on the environment not only includes digging, drilling, and delivery but also designing systems that do not slice or fry birds in mid-flight or blight the landscape with unsightly power lines. A broken solar mirror has less environmental impact than an oil spill. But it costs energy to make the products that create energy. There is a place for oil, natural gas, coal, solar, thermal, hydro, wind, and other sources to supply our energy needs.

Pioneering new energy solutions would certainly lead to the discovery of exciting technologies that could transform the non-energy parts of our life. Just as the space program gave us technology solutions for daily living, creative research will broaden the body of knowledge and give us a deeper understanding of our world.

Future energy needs could be met with several large-scale and home-based options that harvest energy and expand our body of knowledge. One does not have join a particular political party or swear allegiance to a politico-scientific ideology to do this.